It is not easy to find these books at the NIIMH website, so here are the links:

A melancholy reflection from the online documentation:


The king cleansed his head at a tank, but a baby goldfish (śaphara-śāvaḥ) got into his skull.  Physicans couldn't cure the pain, so the king prepared to die, and banished all the physicians from the kingdom, throwing their medicines into the river.
Indra told the Aśvins about this, and they went to the king's court, disguised as brahmans.  They make the king unconscious with moha-cūrṇa and took his skull out and put it in a skull-shaped basin.  They removed the fish and threw them into a dish.  They reassembled his skull with glue, and woke him up with a reviving medicine (sañjīvanī) and showed him the fish.

Posted by Dominik Wujastyk at 6:27 pm No comments: 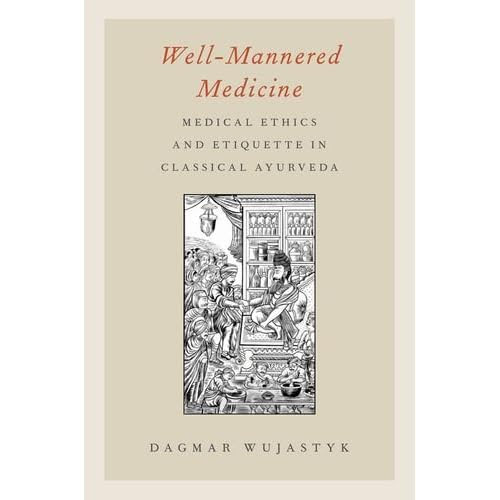 Posted by Dominik Wujastyk at 5:38 am No comments: